PASADENA, CA—June 30, 2018—iolo technologies, maker of the best-selling PC optimization software System Mechanic®, has launched the first major version update to Phoenix 360™, the most comprehensive security, privacy and optimization package yet, with accelerated system repair speeds now up to twice as fast* as the prior version.

The enhanced software update also frees up to 48% more RAM* for resource-heavy multitasking, and includes an upgraded version of System Mechanic 18.0 Professional® that now launches up to five times as fast.*

Other enhancements introduced in Phoenix 360 2.0 include: 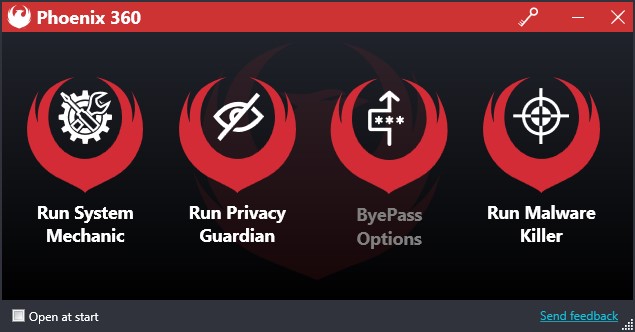 Security and performance vulnerabilities in modern computing continue to accumulate as methods for stealing your data, hacking your PC or bogging you down in bloatware, spam and pop-up ads grow more sophisticated every minute. To address this, iolo introduced Phoenix 360, a suite of products that includes:

Privacy Guardian™ online privacy protection thwarts browser fingerprinting scripts by scrambling the data they rely upon to gain vast amounts of personal information about you. Imagine being denied credit because a company has secretly collected data, however out of context, that suggests you are an irresponsible shopper. That is just one of the many ways personal data collected online can be used against you.

ByePass is a platform-agnostic, secure password manager that also helps protect your online purchases. With ByePass, malicious intermediaries are also thwarted from stealing credit card information because the numbers are locally encrypted and only deployed as needed to make purchases. Users will no longer need to insecurely type or store passwords and credit cards in a web browser where keyloggers and hackers can steal them.

Malware Killer™ finds and removes dangerous malware from already-infected computers. Featuring proprietary Scan Cloud™-based scanning and analysis, whenever Malware Killer finds suspicious samples, they are sent to the Scan Cloud Sandbox where they are safely analyzed, and if necessary added to the vast “reputation database,” reducing detection time for new threats.

Combined in Phoenix 360 with all the optimization and security features of System Mechanic Professional®, these new iolo security offerings will help keep devices healthy, fast and safe.

The seven-time winner of the PC Magazine Editors’ Choice Award, iolo’s flagship product System Mechanic is the only performance solution that first deploys a series of complex automated maintenance actions to help keep your PC stable and clutter-free.

A group of real-time features next scales back unimportant, processor-hogging apps, unlocks trapped RAM and idle processor cores for programs when they need it, and improves a whole cache of under-performing network settings for the smoothest streaming, gaming or browsing available with your broadband connection.

System Mechanic has been used by more than 45 million people to keep over 80 million computers in optimal condition since 1998. It has been ranked as the best-selling software in its category within the U.S., Canada, UK, France and Benelux countries by NPD and similar sources.

Founded in 1998 and headquartered in Pasadena, California, iolo technologies, LLC, develops patented technology and award-winning software that repairs, optimizes and protects Windows computers, going beyond PC health to unleash speed from components and settings deep within the operating system. With a global sales presence in 33 countries and products in 11 languages, tens of millions of people have used iolo’s products for their PC optimization, security and data recovery needs for over two decades. For more information, please visit www.iolo.com.

*Average of five performance trials each comparing System Mechanic 18 to 17 on Windows 7.